Hikers in the distance explore the Utah desert landscape
make space for women
highlights from our 2021 international women’s day panel
Even in 2021... Even in an industry that appears progressive... Even in sports where women are going big and making it big… The gender inequality is still unresolved. International Women’s Day gives us an opportunity to look at it closely and embrace those impacted by it, eyes wide open. This year, the Mountain Hardwear team gathered virtually to highlight and learn from a diverse panel of trailblazing-women. From our internal executives to our athletes and non-profits partners, our team listened closely to understand challenges faced by women in our community, how to champion change, and where we can do better. Explore some of the highlights here, and let’s keep the conversation going all year round…
our panelists
Jessica Carbullido (she/her)
Vice President of Total Rewards & HR Operations at Columbia Sportswear Company and Executive Sponsor of the Women’s Leadership Initiative
Rachael Burks (she/her)
Mountain Hardwear Ski Athlete
Kenzie Schott (she/her)
American Alpine Club Accountant & Grants Manager
Laura Edmondson (she/her)
Brown Girls Climb Corporate Responsibility Manager
The importance of mentorship, finding a mentor & being a mentor
“I think my career has grown only because I've had some great mentors throughout my time. And it's really important to me that I continue to set a great example for my three daughters.” -JC

“Being ‘good for a girl,’ just wasn't good enough for me. I wanted to get rid of the gender qualifier. I just wanted to be good. And I didn't want someone to look at accomplishments like, ‘oh, that's a girl doing this and that's a boy doing that.’ I just wanted to set an example to other women that we can compete on the same playing field.” -RB

“I'd suggest reaching out to people who are already in the place you want to be, maybe not literally at the same company or with the same title, but people who have been there or are working in a similar field. For some folks, if you're working in a new area or trying to create a new role, you might have to piece together mentorship from multiple places.” -LE

“It takes being vulnerable and allowing yourself to ask people questions or reach out to someone who inspires you. Every story is different. And every time you talk to these people, you're going to learn something new.” -KS

“Don't hesitate to reach out to people. The worst they can say is no, and you already don't have their mentorship right now, so it's not going to set you back to try. And even if you don't get a response, or if the response is no, because sometimes people just don't have the capacity, you can always watch what people do… You find someone who maybe can't take you on as the mentee and just commit to following them, watching their professional development, and try to take from that what you can.” -LE

“I seek inspiration in watching other people do what I do. Nothing gets me more excited than watching a girl stomp a backflip! Will that girl be a mentor for me? Who knows. But I can still be curious and get to know their story. Age is totally irrelevant. Like, I want to ask the little girl that's out learning how to ski or snowboard what her story is. I want to find out who’s gone before me and will go ahead of me. I want to know more people, more numbers, and more stories because it enables me to set a better example.” -RB 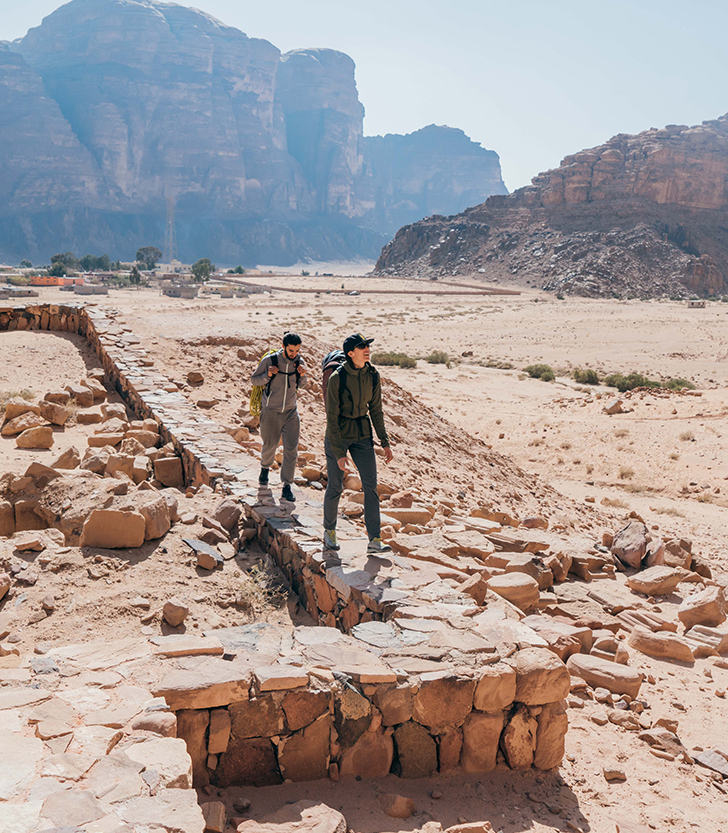 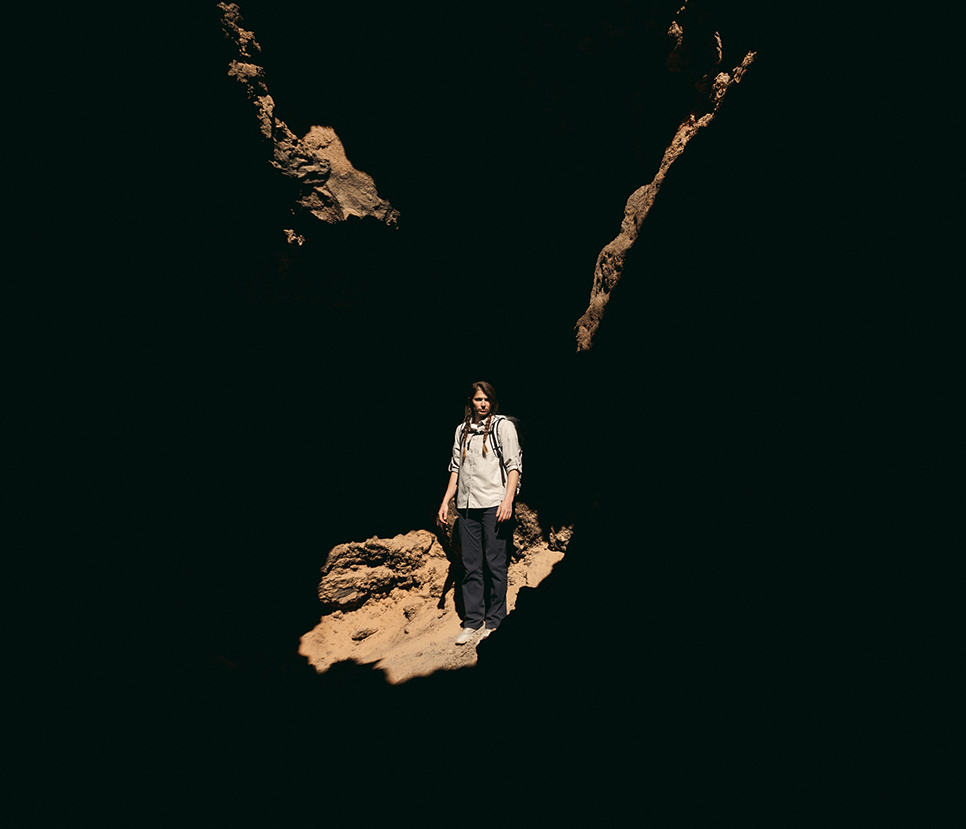 The importance of allyship & what it looks like to give up space
“You don't have to step outside of where you already are. You already have the opportunity to be a better ally. So many people get stuck in this listening and learning cycle and they're like, ‘oh, I want to be better, so I'm going to keep reading and keep listening…’ But like, actually do the things you're learning about. Push for change at your place of work. Give up space when you can. Don't make yourself the first person heard in a meeting. Pass the mic. And do it intentionally. Don't just sit back. Say, ‘hey, what if we heard from Jessica?’ Or, ‘we haven't heard from Riley in a minute, let's hear what she has to say…’ Create those opportunities. It doesn't take a lot either. You can create space for people in your life. ” -LE

“I'm not sure if men realize how important and powerful it is for women to feel supported by men. It's encouraging because it creates this environment and peership that, when someone else sees someone do something positive, there’s a huge trickle-down effect.” -KS
Changing the face of the outdoors
“There was a time when, if I was in a TGR movie, I was the only girl. And now, there are so many more women represented! And when there’s an increase in numbers, that means the bar will be raised. It's not just one token female showing up in a ski movie or getting featured in a magazine, it's lots of women, and they're competing with each other and supporting each other. And that's doing wonderful things for the sport. My hope is that the numbers continue to increase. It's been really, really exciting to show up at my local ski area, Alta, and see just as many women as there are men.” -RB
Implementing self care & boundaries
“As a parent, it’s important to me to be able to step to step in and put those boundaries up to say, ‘I’m not going to take calls at certain times,’ or ‘I’ll get online later at night,’ because I need to have that time with my kids or I don't get any.” -JC

“I really like talking about the importance of community when it comes to caring for ourselves and caring for each other. Because if you are someone's boss, for example, you could provide that opportunity to set those boundaries. You can say, ‘hey, are you comfortable with me calling you after hours? What are your weekends like? Do you have time to email on the weekends? Like, having those conversations and giving space for the people under you to express what their boundaries are because it can be a little intimidating to think about sharing those, especially at work, especially as a woman, especially as, I would imagine, a parent.” -LE

“Starting out after college and just trying to get my foot in the door somewhere, I was saying ‘yes’ to everything just because I thought that that's what I had to do. And you get burned out because you're burning the candle at both ends. I think women feel they need to go above and beyond to prove themselves, and I have seen in some of my prior work environments that men don't have as hard a time saying ‘no.’ Gaining the confidence in myself over the years has allowed me to be able to say ‘no.’ And this is why I really need that time to shut off that's outside my working hours, but I think sometimes that can just take time.” -KS 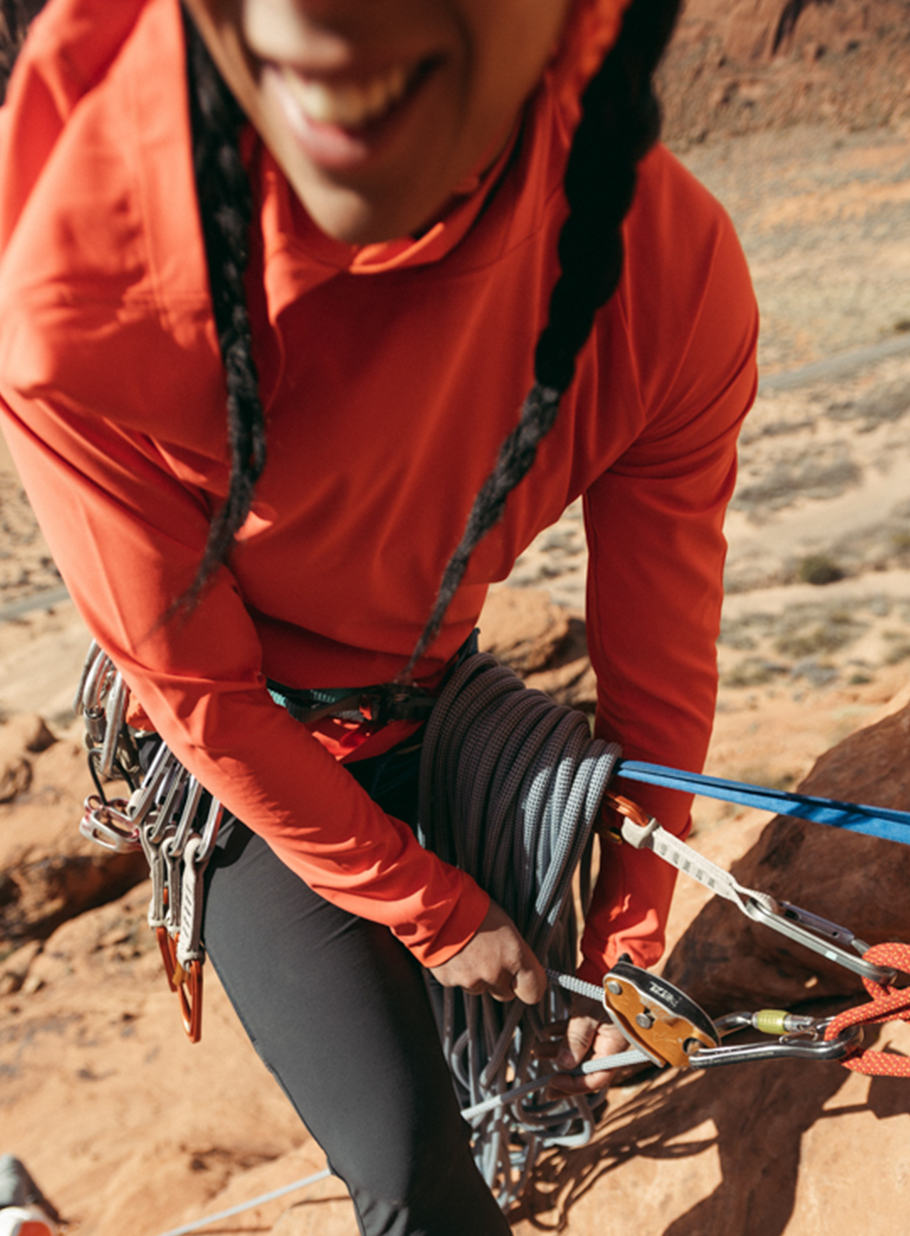 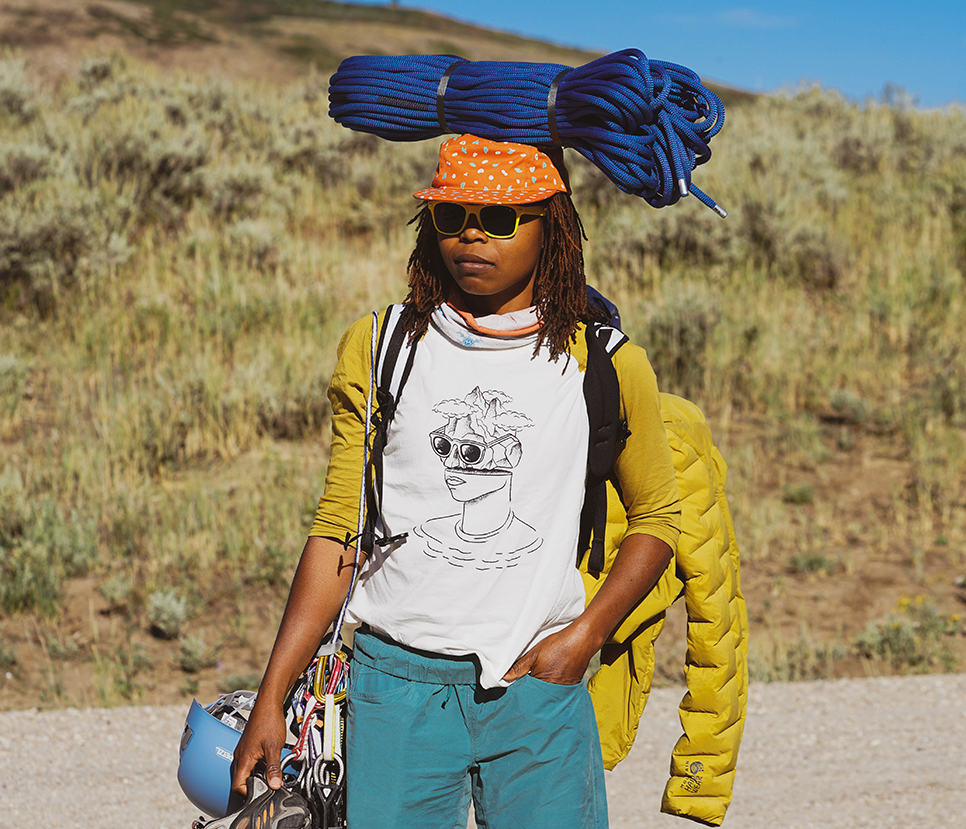 Where we still need to go…
“We often talk about barriers that have been lowered and how so many women are getting into sports now, but I think it's important to take stock of who those women are. Let's do a check. Is it mostly white women? Are women of color also getting the same opportunities? Where are the trans women being represented? What about non-binary folks? We have to make sure that we don't just check the box and keep going but that we’re looking at it a little bit deeper.” -LE

“I think companies that want to support women need to support families. And that includes men, too. For me, one of the hardest things is working as much as I work and in the roles that I've had and still being able to be a mom and coach and do those things that are going to help me be a positive role model in their lives. Companies need to support people with children and give them time and flexibility to be able to do the things that they need to do, or they're going to lose women in their population, which is the exact opposite of what we all want to do right now.” -JC

“So often we talk about inclusion, but sometimes, that's just a little bit too broad. Get more specific about who you want to include and then reach out to people from that community and ask, ‘What do you need’ rather than assuming that we know what someone might need. And that takes vulnerability: being willing to ask the questions, take on those challenges, but be willing to be wrong so that you can learn more.” -LE
How we get to the next level of gender inclusion
“We need to create the same or equitable opportunities for all women and all men. If there's three grants that are geared more towards men and only one for women, that's a problem. We need to take stock of that, acknowledge it, and then work towards a solution.” -KS

“I've been thinking of this dance class that I took in college, where we were all in this room together and all the shy people were in the back of the room and all of the brave people were in the front. And halfway through the class, the instructor moved to the back of the room and was like, ‘okay, this is the front of the room now.’ And so I keep thinking about all these initiatives that’re like, ‘oh, let's get these people out here,’ and rather than move the people, I think we should be moving the industry. Let's change the orientation of the outdoor industry so that it's better serving the people in the back rather than trying to push them to the front to a place they don't want to be in the first place.” -LE 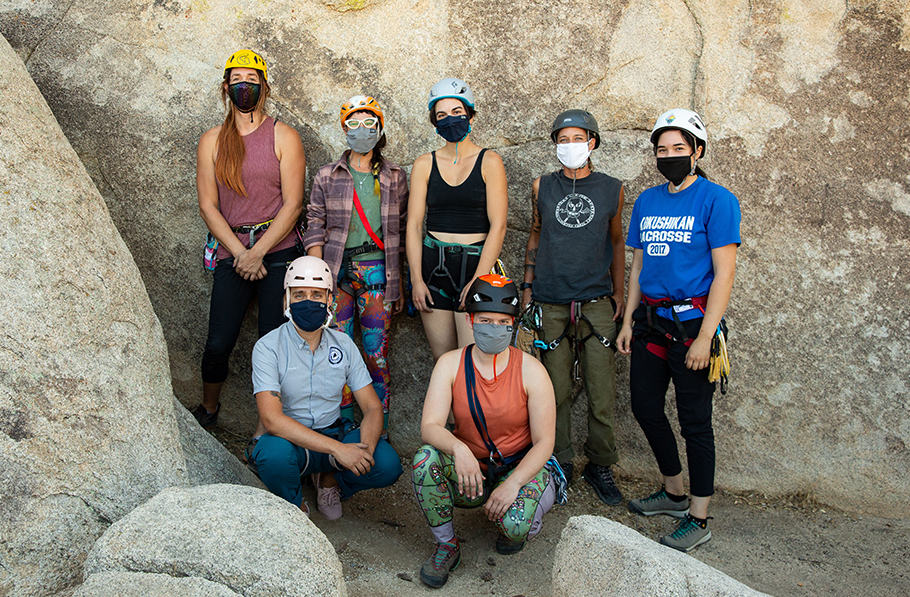 Are you sure you want to remove the following product from the cart?